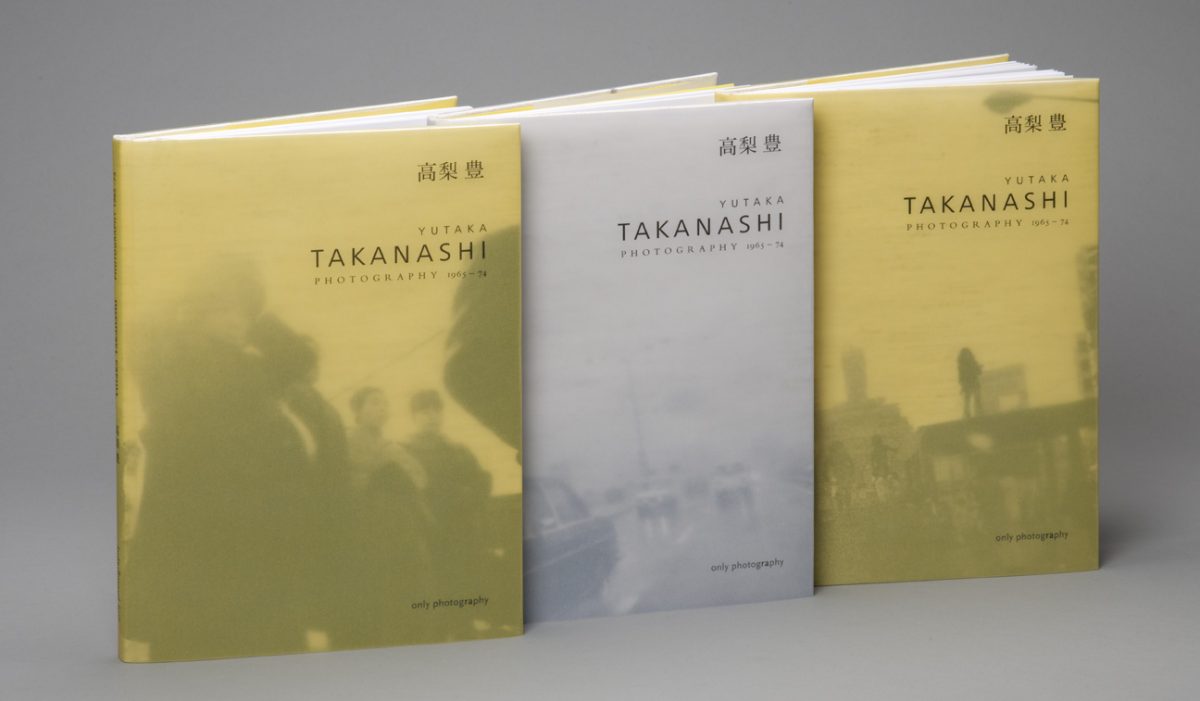 As a member of the small Provoke collective, Takanashi was able to find a new theoretical approach and its visual language. The influence of this group and of the magazine on the photographic scene in Japan was immense. In the following years the Provoke photographers produced major works in terms of photographic history, whereby Yutaka Takanashi defined the high point as well as the end of this era with the publication of his first book, Toshi-e (Towards the City), in 1974.

This two-part book set new standards in terms of design, materials and craftsmanship. In a compartment behind the larger volume, Toshi-e, one finds an earlier series in the smaller format volume, Tôkyô-jin; it seems to have provided the basis for the larger book.

Our book, Yutaka Takanashi, Photography 1965–74, presents a representative cross-section of these two pioneering photographic series in 35 full-page illustrations and 6 large format plates. An extensive biography, list of exhibitions and a bibliography round off our newest publication.

The book is available at Only Photography and at . It was published on occasion of the Yutaka Takanashi exhibition at Galerie Priska Pasquer, Cologne.
– – – –

The Historical Book Award went to a book on Japanese photography as well:
“Japanese photobooks of the 1960s and ’70s” by Ryuichi Kaneko and Ivan Vartanian, Aperture 2009. And the third  book on Japanese photography was honourably mentioned at the prize-giving ceremony in Arles:
“Yutaka Takanashi: Toshi-e (Towards the City)“. Books on Books #6, published by Jeffrey Ladd, Errata Editions 2010.