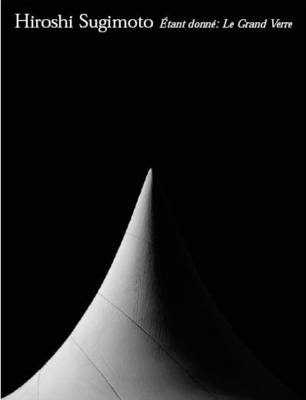 Unfortunately, I missed the exhibition at Fondation Cartier (until Feb. 27, 2005) when I was in Paris recently, but it seems that Hiroshi Sugimoto is returning to his distinctive, extremely reduced conceptual and clear cut style. The catalogue to this complete new series is scheduled for December 10.

“My new body of work, Conceptual Forms, consists of two parts, Mathematical Forms and Mechanical Forms. Mathematical Forms is subdivided into Surfaces and
Curves.
Mathematical Forms are photographs of stereometric plaster models that were used to provide a visual understanding of complex trigonometric functions. They were made in Germany in the late 19th and early 20th century.
Mechanical Forms are photographs of mechanical models that were used to demonstrate basic movements of modern machines. They were made in England during the late 19th century.
These machines and models were created without any artistic intention. This is what motivated me to produce this series of photographs and title them Conceptual Forms. Art is possible without artistic intention and can be better without it.”
Hiroshi Sugimoto