On Saturday, May 15, Rinko will give a lecture about her work; her new book we be available as well.

And there will be an exhibition by the young women photographer Lieko Shiga.
Last year Lieko Shiga received the ICP “Infinity Award / Young Photographer” for her series Lilly and in 2008 the “Kimura Ihei Award” for “Lilly” and “Canary”. In Kassel she will exhibit works from her series Canary which I find extremely interesting. I sureley will write more about the artist in the future. Lieko Shiga on her photography:

Be Shot and Die
… The verb “shoot” is used to describe the action of taking a photograph, but the same word is also used to mean “kill”, therefore to be shot is to be resurrected through the action of killing. I can already visualize the finished photograph when I first encounter the subject or scene, or even before that. The time that exists before the photograph is taken, shoots me where I stand outside, and restores me to life.

The body is simply a medium, I kept a canary inside my stomach.

Look upon people or scenery that have been sacrificed through photography as offerings to the next world.
Lieko Shiga 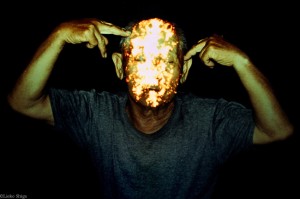 Lieko Shiga will give a lecture on Sunday, May 16. 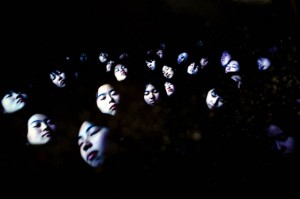 By the way, I will give a lecture: “Liquid Dreams – Female Japanese contemporary photographers”, May 16.