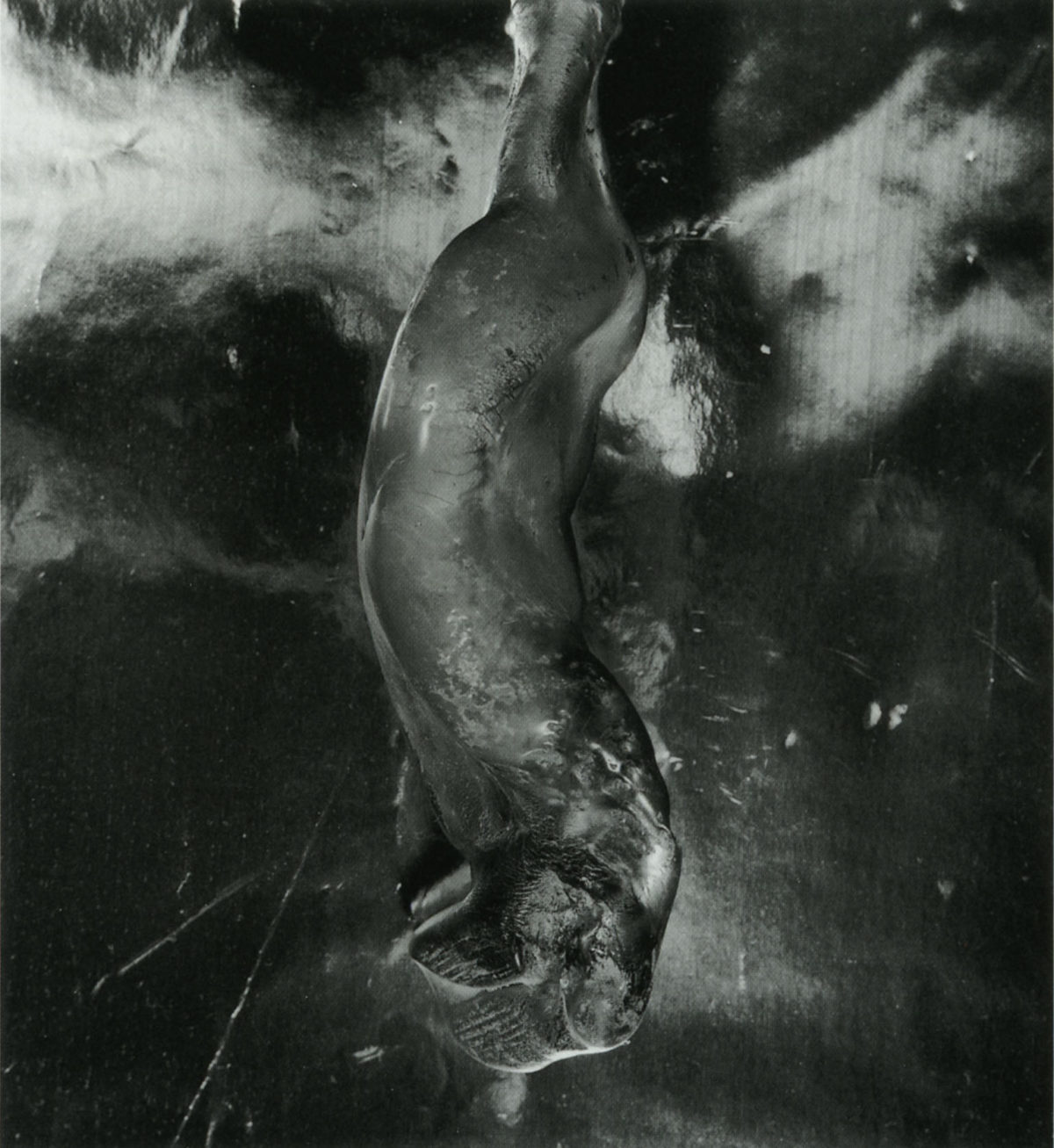 Shomei Tomatsu: A Bottle that Was Melted by Heat Wave and Fires, Nagasaki, 1961

With the exhibition Shomei Tomatsu – Skin of the Nation the photographer receives a large retrospective at the Japan Society New York (until Jan. 2, 2005)

Shomei Tomatsu (b. 1930) is internationally recognized as the most innovative and important photographer of Japan’s postwar period. Bringing an objective, yet idiosyncratic eye to the fragmented reality of Japanese life in the aftermath of World War II, Tomatsu’s work examines postwar Japan’s ambivalent responses to Western cultural and political influences. While representing a generation of artists who explored the complexities of modern Japanese society, Tomatsu’s achievement is unique. Starkly modernist in his detached, abstract address of everyday objects, Tomatsu invests his subjects with a mystery and poetry that suggest larger, deeper metaphors. Skin of the Nation features nearly 260 works (drawn from the artist’s own collection) spanning 50 years. Each of Tomatsu’s major series is represented, including Nagasaki 11:02, a historic documentation and description of the lives of A-bomb survivors in Nagasaki.

Since the history of Japanese photography until the 1980s is almost unknown outside Japan it is no wonder that first the younger generation born at the end of the 1930s – Nobuyoshi Araki, Daido Moriyama and Hiroshi Sugimoto – received large shows outside Japan before Shomei Tomatsu the grandmaster (Daisensei ???) of Japanese photography is introduced to a broader audience abroad.
It will be interesting to see who is next on the list: Eikoh Hosoe, Takuma Nakahira or Kikuji Kawada, or others not named here? Nakahira and Kawada are almost unknown outside of Japan, yet.