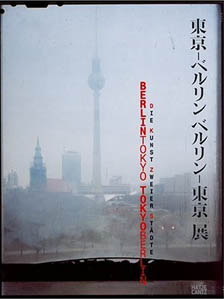 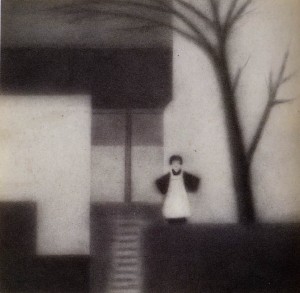 The exhibition catalogue “Berlin – Tokyo / Tokyo – Berlin” does not meet the standard of the above mentioned publications for a very simple reason: the essays are so short that they just are able to name the absolute basic facts on either the Japanese or the German art history and the exhibited art works lack any explanatory comments. Moreover the complex discourse of the two cultures, the innovations and (sometimes positive) misunderstandings of cultural transfers between Japan and Germany, the multilayered historical relationship of the two cultures is only touched superficially.

Some of the essays are a kind of autistic in regard to the main topic of the exhibition: the exchange between Tokyo and Berlin. Mostly the essays concentrate on the developments either in Berlin or in Tokyo, without looking at the vital relationship between the two capitals, or worse without even mentioning the other city. But the missing dialogue between Tokyo and Berlin is not the fault of Japanese and German authors like Kotaro Iizawa or Jaqueline Berndt (she writes on Manga in Tokyo). Authors like Iizawa and Berndt are well known and prolific specialists in their areas of research who know the Western _and_ the Japanese side of the cultural exchange.

But specialists like Jaqueline Berndt aside unfortunatley most of the Western researchers on Modern art have no idea what happened in Tokyo – which, to their excuse, often has a very practical reason: only in the recent years detailed information about Japanese art of the 20th century became available in Western languages. In contrary to most Western scholars all Japanese researchers and museum curators I met in Japan have a deep understanding of Western art (modern and contemporary). Actually, I too was one of the Western ignorants when I traveled to Japan in the 1990s and felt like a like a first-grader in front of the Japanese scholars – fortunately over the years several Japanese curators were very generous in taking their time to introduce me to the main aspects of Modern Japanese photography.

Besides the very reduced account of a dialogue between the two capitals I also missed any reference on the entirely asymmetric relationship between the German (Western) and the Japanese art scene for most of the 20th century. In the catalogue you will find some authors writing, albeit much too short, about the important influence the German Avant-garde had on Japanese art (Dada, Bauhaus, New Vision, e.g.), but I did not find any discussion of the cultural transfer of Avant-garde art from Tokyo in the direction of Berlin.

As far as I know the cultural transfer from Tokyo to Berlin of modern and contemporary art almost never took place – very much in contrary to contrast to pre-modern art and culture!). [Please correct me if I am wrong, I would love to learn about contrary evidence!]. In my opinion it would be very interesting to discuss the question why the transfer from Tokyo to Berlin did not happen.

This discussion would need to include the question how the modern (and until the 1980s contemporary) art movements in the ‘periphery’ (like Japan) were perceived by Western Avant-guarde artists and critics. And it would also have to include the discourse about the self-conception and self-definition of the Western Avant-garde and its differentiation from the Japanese Avant-garde. Because obviously the Japanese Modernism didn’t fit at all in concept of the Avant-guarde in the eyes of the Western critics and artists.

Of course, there was the famous Japonism movement:

From the 1860s, ukiyo-e, Japanese wood-block prints, became a source of inspiration for many European impressionist painters in France and the rest of the West, and eventually for Art Nouveau and Cubism. Artists were especially affected by the lack of perspective and shadow, the flat areas of strong color, the compositional freedom in placing the subject off-centre, with mostly low diagonal axes to the background.
[Quote: Wikipedia]

But it seems that in the 20th century the West and the Western artists were exclusively interested in premodern Japan, its feudal culture, the old temples and shrines, the Zen aesthetics, Hiroshige’s wood cuts, e.g.. This romantic vision and version of Japan, which excluded the development of the modern Japanese society and culture completely, shaped the view of even the most avantgardist artists.

A graphic illustration of the above noted asymmetry is to be found in one of the most prominent representative of the German- Japanese cultural exchange: the architect Bruno Taut. Taut fled 1933 via Switzerland to Japan. In 1934 he wrote the highly influential book “Nippon seen through European Eyes”, which soon became part of the curriculum at Japanese schools. Three years later, 1937,  Taut published his second book on Japanese culture: “Houses and People of Japan”. And in 1939, after Taut’s death, a collection of his essays was published in Japan: “The rediscovery of the Japanese beauty”. This posthumous anthology became a kind of a bestseller in Japan and reached an edition of around 400.000 until today.

In his writings Bruno Taut was in search for the “pure” (which means traditional) Japanese aesthetics and architecture.  But he despised anything modern in Japan. 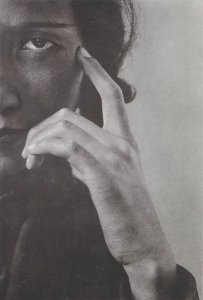 The press release of the Mori Art Museum to the exhibition “Berlin – Tokyo / Tokyo – Berlin” quotes Bruno Taut’s famous words “I love Japanese Culture” as evidence for the love of the Germans for Japanese culture.[1]A calligraphy by Bruno Taut of “I love Japanese Culture” can still be found as an inscription on a memorial stone in Takasaki, where Taut lived.
If the author of the press release would have read Bruno Taut’s book “Houses and People of Japan”, he would have found the following sentence, which contradicts Taut’s renowned declaration of love (my translation from the German edition of the book):

“Tokyo and its main shopping street, Ginza! What was before noise for the eyes became a blare. I, the sensible one, overcame a terrible depression; I did not talk anymore and I already deeply regretted my travel to Japan. For to see such ugliness I did this exhausting trip […]?
[Quote: Bruno Taut] 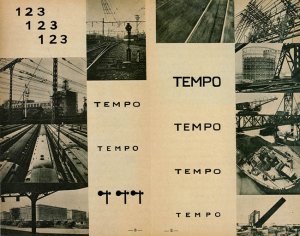 In regard to the German influence on Japan, it diminished almost completely after WW II, except for a short intermezzo of the German so called Subjective Photography. In the 1950s the USA took over as the leading source of contemporary culture. The “Berlin – Tokyo” catalogue (unintentionally?) reflects the diminished artistic dialogue between Germany and Japan after 1945, there is almost no visible interaction between contemporary Japanese and German art works.

But, why today this post on the exhibition “Berlin – Tokyo/ Tokyo – Berlin” after the exhibition has ended many months ago? Because I am a huge fan of Modern Japanese culture, I appreciate the photographs of Japanese Shinkô Shashin (New Photography), and I am fascinated by the energetic life in modern Tokyo like it is decribed in the novel The Scarlet Gang of Asakusa by Yasunari Kawabata (1930). But first and foremost because I just found a color movie of Tokyo from 1935 which shows how modern Tokyo was during that time – a Tokyo completely unknown and completely neglected by the German (Western) Avant-garde for many decades.

The video shows the most modern areas of Tokyo, the main shopping district, Ginza, as well as the main entertainment district, Asakusa, of that time, and other places and like Marunouchi. Also it includes the famous “Imperial Hotel” by Frank Lloyd Wright, which was destroyed in 1968.

PS: The photographs except the one from Kôyô Kageyama are not from the “Berlin – Tokyo” exhibiton. The exhibition just had less than a dozend Modern photographs. (-_-)