This was the first time that a publication and large scale exhibition concentrated not on photographic prints for the wall but on the media, magazines and books, in which the photographs were printed.But of course this was not the first time that magazines or books were in the center of an publication/ exhibition. For example Ute Eskildsen from Museum Folkwang, Essen, did two exhibitions catalogues on photography in German magazines of the Weimar Republic and after 1949 already two decades ago.

“Fotografia Publica” contains one Japanese book, Kiyoishi Koishi’s: “Early Summer Nerves”, 1937 and the two most important magazines from the 1930s: “Nippon” and “Kôga”. The magazine “Photo Times” is added as well, but even this magazine was very important for to promote and to spread the “New Photography” (Shinkô Shashin) in Japan, its design is not interesting at all. Additionally two photographers Masao Horino and Yasuzo Nojima are mentioned in “Fotografia Publica” with works published in western magazines. Unfortunatley “Fotografia Publica” misses Horino’s most praised series “The Character of Greater Tokyo” (Dai Tokyo no Seikaku), editied and designed by Takaho Itagaki and published 1931 in Chuokoron magazine, and “Flowing through the City – Sumida River Album” (Shutokanryu – Sumidagawa no Album), edited and designed by Tomoyoshi Murayama. Tomoyoshi Murayama was of vital importance for the Japanese art and photography scene. He introduced Dada to Japan in 1923 and founded the Dada group “Mavo”. 1925 he orgainzed a theatre where some of Japan’s first happenings and performance art took place and 1931 he brought the “seminal” travelling exhibition “Film und Foto” from Germany to Japan. The impact of this exhibition on Modern Japanese photography was extraordinary. For example it directly influenced a group of Japanese avant garde photographers and critics to found Kôga magazine, published in the same year in Hanzai Kagaku magazine.

Then came Andrew Roth’s milestone publication “The Book of 101 Books. Seminal Photographic Books of the Twentieth Century”. This book established the photography book as a legitimate media, as an “objet d´art” itself, besides the printed photography. It lists four Japanese books: Eikoh Hosoe, “Killed by Roses”, 1963; Kikuji Kawada, “The Map”, 1965; Nobuyoshi Araki, “Sentimental Journey”, 1971; Daido Moriyama, “Bye Bye Photography [Farewell Photography]”, 1972. While I agree that these books are “seminal” and that in the 1960s and 1970s epochal photographs and books were produced, its a little bit strange that Andrew Roth only choose books published within a time frame of less of than ten years.

In 2004 two more books on photography books were published: “The Open Book. A history of the photographic book from 1878 to the present”, by the Hasselblad Center, which added more books from the 1960s to the 1980s. Like “The Book of 101 Books” it focuses on Japanese photographers from the same period of time: the “Vivo” and “Provoke” era with Domon Ken, Eikoh Hosoe, Daido Moriyama et al.

The second book published in 2004 by Martin Parr and Gerry Badger, “The Photobook: A History. Vol. I” expands the list of Japanese books considerably. It shows Japanese books from the 1930s to the 1990s and it has a whole chapter devoted on post-war Japanese photography books. This book gives the most comprehensive outline of Japanese photography books, but it also misses the more recent publications from the last decade.

But this gap will be filled soon (partly) with the second volume of “The Photobook: A History” by Martin Parr and Gerry Badger, which will be available in a few days. This books lists besides obviously important books like Takashi Homma, “Tokyo Suburbia”, 1998 and Rinko Kawauchi “Utatane”, 2001, much less known books like Masafumi Sanai, “I Don’t Know”, 1998 (one of my favorite Japanese photobooks) and Kohei Yoshiyuki, “Document Park”, 1980 (a book I have never seen).

Some Modern Photography Books not Listed

But as I said in the headline, this is not the ultimate list of Japanese photography books. The reason is quite simple: All authors missed some “seminal” books, especially two books published in the 1920s/30s:

– Shinzo Fukuhara: Paris et la Seine, 1922
This is an important selection of works, photographed 1913 in Paris by Shinzo Fukuhara, a leading pictorialist artist. 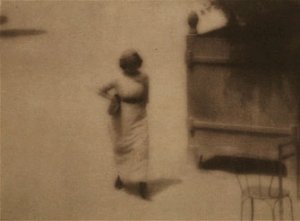 Because almost all original works by Fukuhara from the 1910th and 1920s were lost during the Great Kanto Earthquake in 1923, the photobook Paris et la Seine is the main source for Fukuhara´s pictorialist photographs taken in Paris. The book is extremely rare and until now I have seen reproductions from the series just once in an exhibition at the Shoto Museum of Art in Tokyo. But a facsimile version of the book is due to be published by Kokoshukankokai in April 2007.

– Masao Horino: Camera: Eye x Steel: Composition, 1932
This book is a masterpiece of the New Vision (Shinkô Shashin) in Japan!

In 1932 Masao Horino published a monograph “Camera, Eye x Iron, Construction” which is one of the most important works for Japanese modern photography. This monograph consists of photographs of ships and architectures made by steel, such as bridges tanks and towers, based on his own sense of beauty, “a beauty of machinery,” derived directly from art critic (photo critic) Takaho Itagaki’s thought, using, for example, close-up and looking-up. Therefore, this work can be said as corroborated work of Horino and Itagaki. This work is as important as a monograph “Métal” by Germaine Krull in terms of “a beauty of machinery.”
[Quote: Wikipedia]

Like “Paris et la Seine” the book “Camera: Eye x Steel: Composition” is available in a limited edition as a facsimile reprint, too. The editors of the facsimile reprints are the photo historians Ryuichi Kaneko, responsible for several excellent exhibitions and publications at the Tokyo Metropolitan Museum of Photography and Kotaro Iizawa a critic and publisher, who for example published (besides many other books on modern and contemporary photography) a 40 vol. series on Japanese photographers.
Kaneko and Iizawa did four other facsimile reprints since last year and only “Early Summer Nerves” was recognized in the photobook anthologies (in “Fotografia Publica” and “The Photobook, vol. 1”). 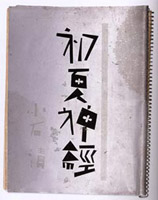 The other three books by Kaneko and Iizawa which were ignored by the books on photobooks are: 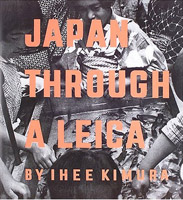 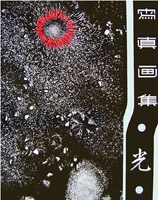 – Nakaji Yasui: The Photography Of Nakaji Yasui, 1942 (this is more a portfolio actually) 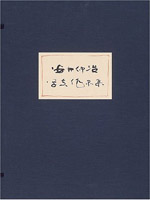 Some Contemporary Photography Books not Listed

Besides the missing Modern Photography books, some interesting photobooks from the last decade were ignored as well. Four books come into my mind immediately:

– Miyako Ishiuchi: 1947, 1990
This is a brilliant photographed and well printed conceptual book, showing the hands and feets of women born in 1947, the same year when Ishiuchi was born. 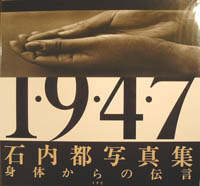 – Kyoichi Tsuzuki: Tokyo Style, 1993
A bestseller in Japan. A straight documentary book depicting apartments in Tokyo at the lower end of the condo market accompanied by short notes on the tenants of the places. This book gives for the first time a comprehensive view on the living situation and life style of many (most?) Japanese. It’s a complete contradiction to all coffee table books showing empty Zen-like living spaces by Tadao Ando at al.. 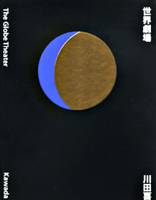 – Mika Ninagawa: Liquid Dreams, 2003
This book was published in two versions with a black and a white vinyl cover covered with lamé. Both covers have a round image with goldfishes, which are moving slightly as your gaze slides over the image.Mika Ninagawa has a well done homepage with her books and a selection of images from her books. For this book Mika photographed Goldfishes in strong, eccentric colours. The book is pure pop, and it’s art. This kind of photobook you will only find in Japan.

PS: I am sure that others will miss other books as well, some books might be more obvious while other books might only be known to specialists in Japan. A book which came into my mind after I finished my post is Jun Morinaga’s River, its Shadow of Shadows, 1978.

Also it might be very interesting to look into the publications produced in Manchukuo. Manchukuo was a nominally independent puppet state set up by Japan in Manchuria (Northeastern China) which existed from 1931 to 1945. Several Japanese photographers went there and some years ago I have seen some interestesting magazines published in connection with this episode of Japanese imperialism…

Andrew Roth: The Book of 101 Books: Seminal Photographic Books of the Twentieth Century